On August 11, 2017, at the Terra Scientia on Klyazma River National Educational Youth Forum, Vladimir Region, Lavrov answered a question on U.S. interference in the 2018 presidential elections in Russia:

Question: "I am a journalist from Sterlitamak. I have a very relevant question. Should we expect foreign interference in the 2018 presidential elections? What will Russia’s response be to this? Will some retaliatory measures be taken?"

Sergey Lavrov: "…President Vladimir Putin repeatedly said in his interviews, during the Direct Line, and later in his addresses and talks with his foreign counterparts that we saw how the U.S. Embassy and the U.S. consulates-general operated in Russia. They [U.S. diplomats] personally attend opposition rallies, they invite people and discuss something with them. Our diplomats in the United States and other countries do not permit themselves anything even closely resembling this [behavior].

"One example is the so-called Revolution of Dignity in Ukraine. Everyone knows that CIA officers were at work in the Ukrainian Security Service headquarters during the revolution and a year before it. It is not concealed. The U.S. ambassador to Ukraine summoned the opposition leaders to the Embassy and they conferred there…

"Back to your question about interference in elections: I do not know the U.S. Embassy’s plans, but there were many cases where U.S. diplomats were noticed committing unlawful acts. Of course, our relevant services should take appropriate measures. For example, very many Russian citizens are employed by the U.S. Embassy as local personnel. Under the Vienna Convention, if you hire personnel in a country where you have an embassy, this can only be technical personnel – a driver, typists, stenographers, etc. – and they have no right to engage in diplomatic work, including, naturally, its political aspects. But there are frequent cases, which we have recorded, of local employees of the U.S. Embassy travelling to various regions, conducting polls, and asking about people’s attitudes to this or that governor or the federal center in general. Under these circumstances, we only politely ask our U.S. colleagues to dismiss these people.

"I think this is part of the U.S. tradition, and they may not regard this as interference because, first, for them anything goes, and, second, this runs in their blood. Anywhere, in any country, be it Eastern or Central Europe, there are a lot of facts showing that the local U.S. embassy is literally in charge of processes, including actions by the opposition.

"I hope that after all these evidence-free accusations against us (because not a single hard fact has been presented for the 9 or 10 months that Washington has been harping on our interference in the U.S. elections), the acuteness of this topic itself will make the U.S. establishment, as they say, put on their thinking cap. If this happens here, we have our laws and the Vienna Convention on Diplomatic Relations, which says in very concrete terms what diplomatic representatives can or cannot do. We will be guided by the Convention and our laws." 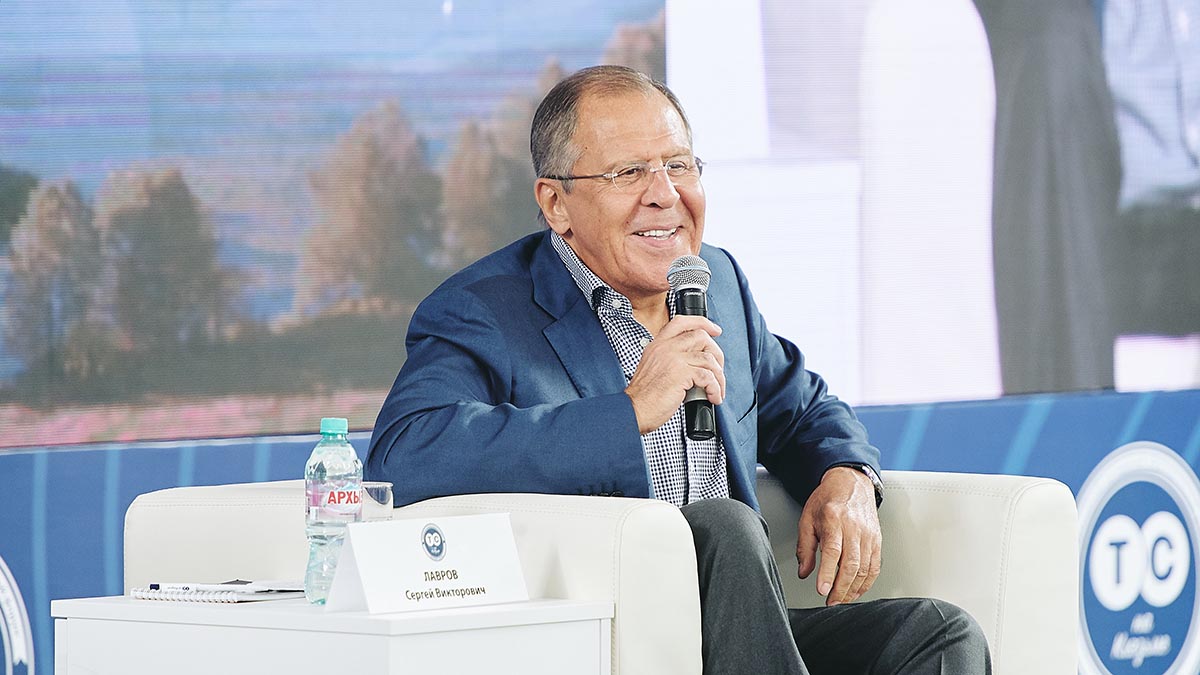 This entry was posted in # EODE - ZONE RUSSIA-CAUCASUS, * EODE-Books/ Géopolitique. Bookmark the permalink.