# EODE/ GEOPOLITICS/ NATO TREATS ON EASTERN EUROPE (2): NEW TENSION ON THE BALTIC-KALININGRAD SIDE 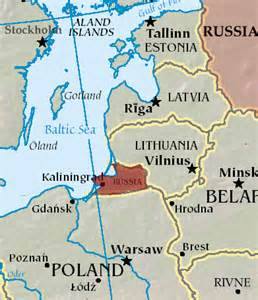 Russia says starts Baltic Sea naval aviation exercises near Kaliningrad§
Reuters writtes that "Russia has begun planned tactical naval aviation exercises involving helicopters serving in its Baltic Fleet, which is based in its European exclave of Kaliningrad, the Russian Defence Ministry said on Wednesday".
The exercises involve 10 Mi-24 and Mi-8 attack and military transport helicopters as well as search-and-rescue Ka-27 helicopters, the ministry said in a statement

The Kaliningrad region, sandwiched between NATO members Poland and Lithuania, has a growing strategic importance to Russia at a time when its relations with the alliance and the West have soured over the Ukraine crisis and Syria.