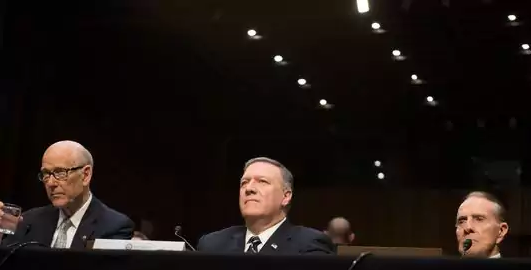 “Russia has reasserted itself aggressively, invading and occupying Ukraine, threatening Europe, and doing nearly nothing to aid in the destruction and defeat of ISIS”
- Mike Pompeo (Trump choice as new CIA director).

Donald Trump has selected Republican House Representative from Kansas, Mike Pompeo for director of the C.I.A. Mike Pompeo listed Russia as one of the leading threats to the United States.

Pompeo, a Kansas Republican, faced the Senate Intelligence Committee amid the continued clash between Trump and the nation’s spymasters over Russia’s interference in the presidential election. In his opening statement, Pompeo listed “Russia, behind the Islamic State, Syria and Iran, as one of the leading threats to the United States”. That puts him in the mainstream of Republican thinking on Russia, and that of the national security community at large, but not necessarily on the same page as Trump.