# EODE / International Elections Monitoring / UKRAINE : REFERENDUM IN CRIMEA WILL BE UNDER THE PROTECTION OF 1500 SOLDIERS IN ARMS AND IN PRESENCE OF INTERNATIONAL OBSERVERS 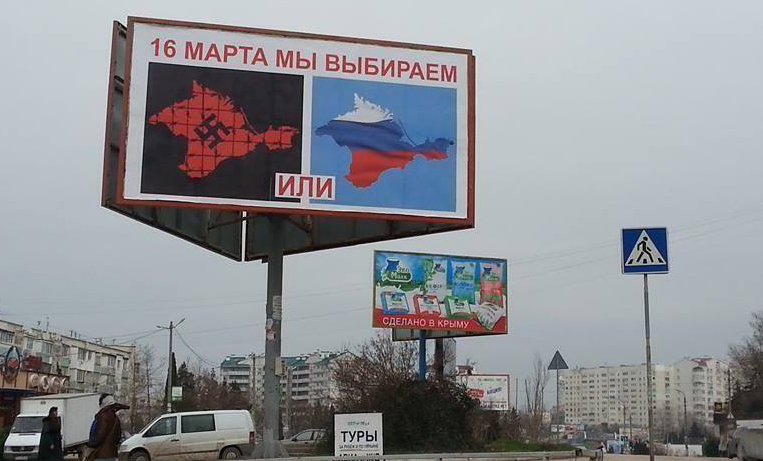 The MP’s of the Crimean parliament voted in favor of joining the peninsula to Russia and decided that this decision would be subject to a referendum among the population, mostly Russian-speaking, of the region. The electors of the peninsula of two million inhabitants with Russian-speaking majority, strategic for Moscow, will have the choice in the referendum of 16 March 2014 between joining Russia or a much greater autonomy.

More than 1,500 armed soldiers will be responsible for ensuring the security of polling stations during the referendum (disputed by the Government of Kiev stemming from the Putsch of 21 February and NATO) that will take place in Crimea on the affiliation of this Ukrainian region with Russia. They are "self-defense forces" (people's militia) and soldiers of the Army of the Republic of Crimea, "a newly established army," said the Prime Minister of Crimea Sergei Aksyonov, quoted by the Russian news agency Itar -Tass .

The Autonomous Republic of Crimea founded its own army to protect the population against illegal armed groups on its territory (including neo-Nazi militia Praviy Sektor) justifies Sergei Aksyonov, who states that in case the Crimea was to join Russia, these troops would be assimilated to the Russian army.

The Prime Minister also noted that observers from the Organization for Security and Cooperation in Europe (OSCE) could enter the territory of the peninsula on March 16. "I am convinced that the Crimean parliament will make their presence in the polling stations possible." In recent days, unarmed military observers of the OSCE tried repeatedly to enter Crimea before turning back when armed pro- Russian activists have made warning shots. These observers were accompanied by motorized columns of pro-Maidan activists.