# EODE PRESS OFFICE / ANALYSIS / UKRAINE VERSUS NOVOROSSIYA I: DONBASS FATE WILL BE DECIDED THIS SUMMER 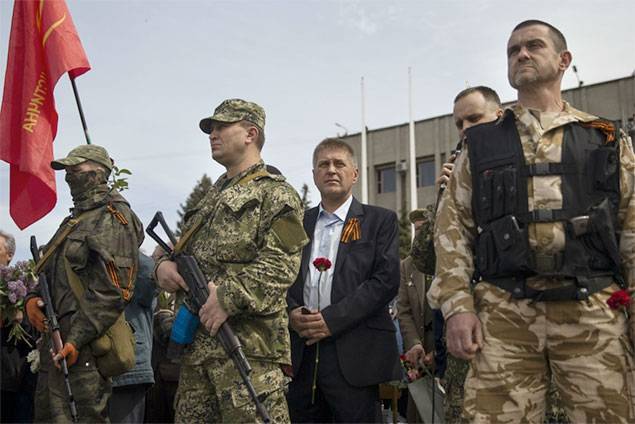 We publish an analysis of Alexei Ramm (Novorossiya) :
“Donbass fate will be decided this Summer”

Gazprom’s gas shut-off put Ukraine in a dire situation. Despite PM Yatseniuk’s rhetoric, prepayments are a serious problem for Ukrainian drained economy, while the ”antiterrorist” operation siphons the budget.

Ukraine’s hopes in IMF and other Western bank loans were made with Donbass industry was still at work, providing a significant share of the country’s GDP. The coming weeks will see Donetsk production fall and tightening credit, possibly failure of the banks and finances. Only a solution to S.E. Ukraine problem can save the country.

TIME WORKS AGAINST POROSHENKO AND YATSENYUK

Time works against Poroshenko and Yatsenyuk as credit for this Autumn is no longer possible, while gas inventory will run out by November. Ukrainian government “hawks” (Yetsenyuk, Turchinov) desire to conquer the separatists by force. The “doves” (Poroshenko) seek a political solution, to recover Donbass economy for Ukraine, even under the conditions of federalization and semi-autonomy of Donetsk and Lugansk regions.

But it was back in March-April that the regions demanded autonomy; now they want separation. Recent weeks did not see major military breakthroughs, as if in anticipation of gas negotiations. Now it’s clear: a war.

The “hawks” aim to eliminate Donetsk and Lugansk rebels, displace them beyond population centres, take full control over transportation, industrial and social infrastructure. But Poroshenko wants the destroy the main opposition forces, bring Donetsk and Lugansk back to Ukraine under at least partial autonomy and federalization. The main thing – to create a military situation where Ukraine dictates the terms at the negotiating table.

This does not mean that a decisive offensive would begin tomorrow. But it cannot wait too long, either. This Fall will see serious economic problems, serious attempts to avert it are expected end of June, beginning of July.

Summer does not involve problems with troop support logistics: no rains, mud, nor cold. Troops and equipment can stay in field camps without heating. By the end of September, soldiers will need warm clothing, heating of camps and hot meals. So junta has until the end of September. Ukrainian gas inventories will run out by November.

Offensive operation schedule is fairly tight and has to rely on heavy artillery fire and air strikes, far more serious than now. But junta’s most difficult task is to capture, block and securing the border with Russia, located at the very rear of Lugansk and Donetsk defenses. Insurgents could only be isolated by cutting off aid coming through the border.

At the same time, insurgents get a real chance to stop junta’s offensive and force it to negotiate. Donetsk fighters’ task is simple: hold the enemy longest possible and disrupt junta plans. If Donetsk and Li]ugansk republics hold on until Fall, while the border remain under their control, this task will be accomplished.

Summer 2014 will be decisive in modern history not only of Novorussia and Ukraine, but also Russia, and, in many respects, and the whole of Europe. The events will start to evolve in the coming days.