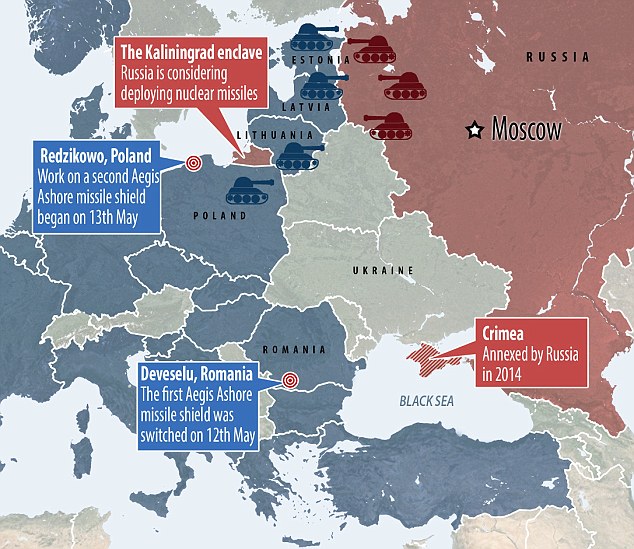 “Many prominent Baltic analysts firmly suggest that these fears are ungrounded and that they play into the military's hands as it consistently asks for more money. For example, according to Kestutis Girnius, a renowned Lithuanian analyst of American descent, although Russian President Vladimir Putin has shown himself to be bold politician, he is also a cautious one. In 2008, he halted military action after only five days, though the Georgian military was in disarray and the road to Tbilisi seemed to be wide open. He incited, supported and continues to support the rebels in eastern Ukraine, but despite Western anxieties, he did not urge the rebels to launch new offensives to capture other vulnerable regions when the Ukrainian forces were in trouble. In Syria, he sent planes and advisers rather than troops. Attacking the Baltic states would make no sense for Russia, taking into account that Estonia, Latvia and Lithuania are members of NATO”.

Stratfor  analyss: “U.S. President Donald Trump's administration, like the previous one under former President Barack Obama, has repeatedly expressed its unwavering support for the Baltics, yet it stops short of satisfying the Baltic nations' biggest security request – deploying the Patriot anti-missile system across all three Baltic states. The need for this system has increased since October 2016, when Russia moved nuclear-capable Iskander-M missiles into the Kaliningrad region. Fears have also been triggered by planned joint military exercises between Russia and Belarus, which Lithuania believes are a possible simulation of an attack against NATO”.

This entry was posted in # EODE TV, * English, * EODE/ Geopolitics. Bookmark the permalink.