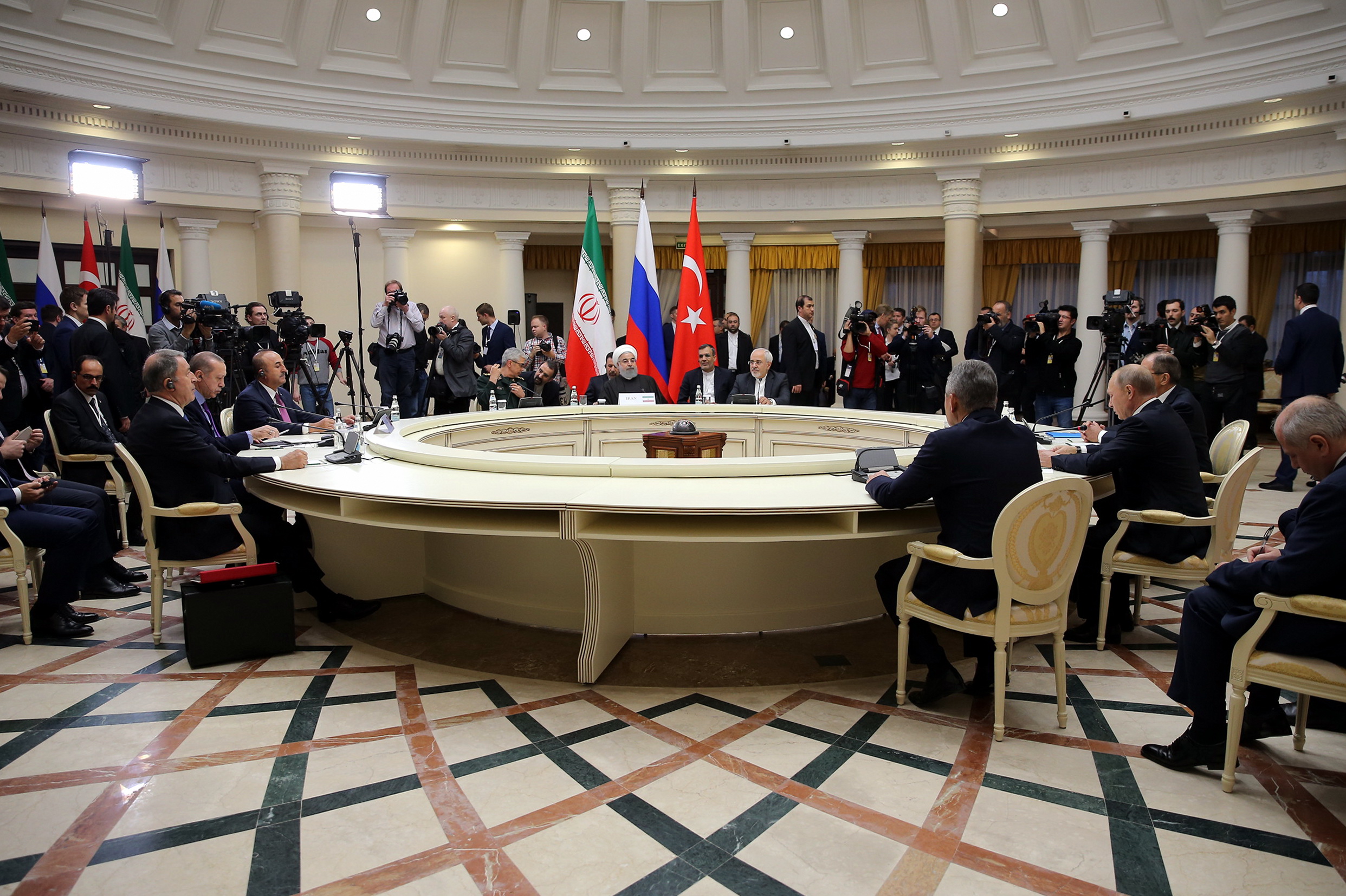 Goltz writtes for the liberal russian press, with anti-Putin stance (1). But he analyzes the oppositions between Moscow and Ankara that make and will make that an alliance between Russia and Turkey can only be purely cyclical. And that the visions and the geopolitical agendas of both countries (Neoottomanism and Pantouranism vs neoeurasism) can only oppose. This analysis joins mine on this issue (2).

Aleksandr Goltz writtes on the Sochi meeting that many Russian analysts defined as “the new Yalta without Americans” (3). Goltz argues that “Putin in Sochi sought to ratify his perception on the workings of world politics: the big and strong nations decide the fate of the smaller and weaker ones”. However, according to Goltz, Putin's partner Turkey did not meet the criteria of great power and above all it’s a player with chequered reputations and contradictory interests. This makes the bilateral Russian-Turkish partnership “inherently unstable” (4). Goltz concludes that “Sochi may merely serve as a prologue to another confrontation”: “A confrontation in which allies will quickly become enemies, and there will be no new allies for Moscow. After all, there are not that many pariahs in the world” … On Iran-Russia Relations, pro Western stance of Goltz is that “The Kremlin has wapped its role as negotiator for role of  'chief global pariah'.”

'Russia's Partners In The Anti-Terrorist Coalition Have Contradictory Interests':

“Only the laziest journalist in the Kremlin pool has not yet compared the Sochi meeting of Russia's chief boss with his counterparts from Turkey and Iran to the famous Yalta conference of Stalin, Churchill and Roosevelt. In both places, it was the meeting of the victors (and never mind that two years ago the Turkish Air Force took down a Russian bomber, and Ankara became Moscow's enemy number one for a while). In both cases, the negotiations aimed at a post-war settlement – if not for the entire continent, then at least for a Middle East country (…) Those who so painstakingly encourage (I don't know whether in the Russian society or in Putin's head) the sensation of 'high politics' must have forgotten what the first 'Yalta' ended in. Very shortly after that meeting, Churchill pronounced his [1946 "Iron Curtain"] Fulton speech, initiating the Cold War between the erstwhile allies.

“All the pre-requisites for an approaching quarrel between Iran, Turkey and Russia are in place. Russia's partners in the anti-terrorist coalition have contradictory interests. Ankara's position threatens to ruin the chief achievement of the Sochi meeting – the agreement to hold a congress of the peoples of Syria in the 'southern capital of Russia'. In fact, this congress was originally planned for 19 November. But it was postponed (and the new dates have not been given yet), because of Turkey's opposition. Ankara on no account wants to allow the Democratic Union – the main organization of the Syrian Kurds, which controls a significant part of the country's territory – to participate in the congress.

“Putin persistently tried to convince his partners that all Syrian groups should be represented in the congress, including political, religious and ethnic ones. But Erdogan was intransigent: 'Nobody can expect us to be under the same roof with the people who seek to destroy Turkey's national security. The Democratic Union of the Syrian Kurds are terrorists'.

“In addition, Ankara's interests clash with Iran's claim to a role of its own in the games with the Kurds. Thus, Erdogan is resolutely against the Iranian presence in the Afrin zone. Rouhani, however, fiercely insisted on a special role (and, consequently, privileges) of his country in the settlement and the division of spheres of influence, pointing out that Iran was the first country to come to Assad's aid.”

“What we have just witnessed in Sochi was a prologue Tto another confrontation” (in Syria):

“The Syrian armed opposition, which demands Assad's resignation, has not yet joined the discussion. But he [Assad] is definitely not going to leave. It is clear to everybody that his assurances about the fairness of the upcoming election under UN auspices are nothing but empty words. In a country ravaged by a civil war for six years, whoever controls the territory will win the election (…)

“During the Sochi meeting, Putin did not mention the U.S. or its allies at all. It was done by the Iranian president, who denounced the U.S. and Israel, for a long time and with obvious pleasure, for allegedly supporting the ISIS (…) It is clear that from the point of view of Russia, Iran and Assad, there is 'good' foreign intervention and 'bad' – the intervention of the U.S. and the U.S.-led international coalition. In the meantime, according to The Washington Post, ‘Washington is planning to maintain its military presence in the north of Syria even after the defeat of ISIS in order not to allow the government forces, supported by Iran, to restore their control there’, among other things. If it is true, clashes between the government troops and the armed opposition supported by the U.S. are only a question of time (…) It is more likely that what we have just witnessed in Sochi was a prologue to another confrontation. A confrontation in which allies will quickly become enemies, and there will be no new allies for Moscow.”

(1) Golts is deputy editor-in-chief of the website ej.ru and a columnist for The ‘Moscow Times’. He has previously been deputy editor-in-chief of the magazine ‘Yezhenedelnyi Zhurnal’ (Weekly Journal), military editor for the newsmagazine ‘Itogi’, and a member of the editorial board of ‘Krasnaya Zvezda’ (Red Star). In 2002 and 2003, he was a visiting fellow at Stanford University's Center for International Security and Cooperation. His publications include “Russia's Armed Forces: 11 Lost Years” (Zaharov, 2004) and “Militarism: The Main Obstacle to Russia's Modernization’ (Liberal'naya Missiya Foundation, 2005). In 1978 he received a master's degree in journalism from Lomonosov Moscow State University.

He has been covering military and security issues for more than 25 years. He is also the main reference in Russian geopolitics for the Israeli group MEMRI (very anti-Putin), close to Tsahal and Mossad.

TRIPARTITE SOCHI SUMMIT (‘THE AXIS OF ORDER’) SEEN FROM RUSSIA: ‘A NEW YALTA THAT EXCLUDES THE AMERICANS’ 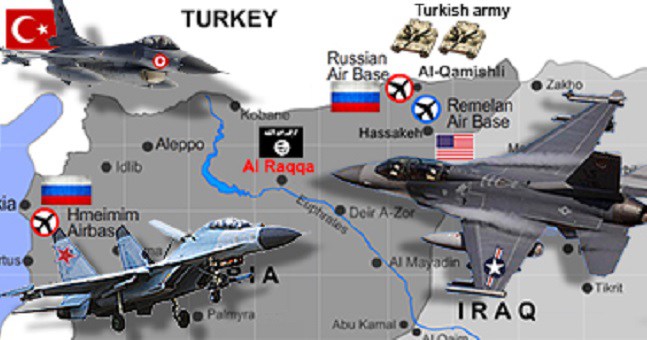 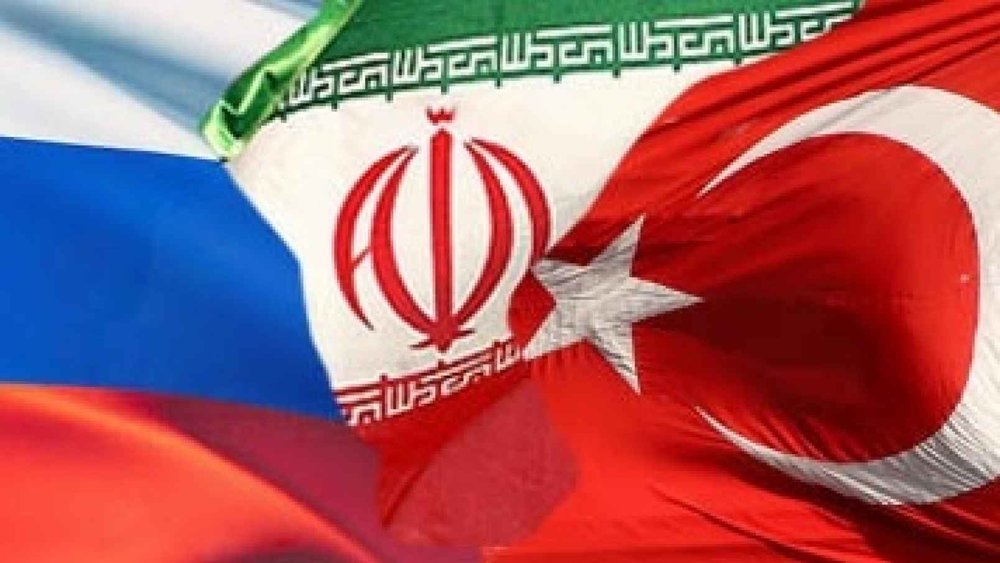